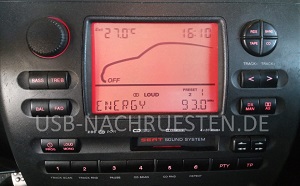 Do you have a Seat radio Sound System? With us you can retrofit Bluetooth adapters, hands-free kits and much more.

This factory-installed radio is model Seat radio Sound System is fastened with screws. TORX T20 screws are usually used as screws. The screws are located under panels which can be removed quickly and without damage using the tools offered in our shop.


from
38,00 € *
Top
Bluetooth Streaming Box 1601 | Bluetooth Adapter for music and with hans-free function


from
69,00 € *
Top
Universal Streaming Box 1701 | Bluetooth Adapter for music and with hans-free function and much more